Earlier I described my goals:

I demand an excellent future, a future of the first water! Consequently, it's time to roll up my sleeves and make the damn thing. I can't force the rest of civilization to join me, but I'm done waiting.

The vision is pretty simple: A sprawling-yet-cozy creative empire, over which I preside as matriarchal leader, facilitating a virtual village economy of live players. The best of the global network and the best of a small town, rolled into one.

Why me? That part is simple too: Do you see anyone else volunteering? I'm willing to put in the work and I know that I can pull it off, that's why. And I'm determined to bring the rest of you with me, so tell the bouncer you're with Sonya 😉

The dream, in all its grandiosity, is pretty understandable — relatable, dare I say. Y'all get it because you want it too, your own little Shangri-La fiefdom. Who wouldn't desire such a thing?

What's not relatable is having this fantasy and then deciding, "Like and subscribe because I'm yeeting my steady paycheck to hustle reality until it gives me what I want."

I teetered on the edge of commitment for several weeks, doing the will-I-won't-I dance internally, and trying quite hard to make "won't I" attractive. This period included telling both my fiancé and my parents, on separate occasions, with complete sincerity, "Of course I'm not going to quit my job, that'd be crazy! But..." In retrospect, what a warning sign! So it goes.

Not long after, I blurted out to the leadership team at work — near the beginning of a mundane sync that I mistakenly thought was my annual review — that I might have to leave because otherwise I was going to torpedo my own productivity through lack of motivation / inability to focus.

What can I say? I'm more of a doer than a planner. (But don't worry, I plan! A bit.) Antonie, bless her, told me to take a week off to think about it. By that afternoon I knew.

The raw truth is that I trust my gut, and my gut says now is the right time.

Once I admitted to myself just how ready I was to focus full-time on creating, it became part of the calculus that quitting my job would serve as a crucial costly signal. That assumption has panned out so far! (Knock on wood for me, plz.)

The more efficient the market, the more inextricable risk and reward, an always-inextricable duo in the first place. My guess? The market for posting Content™ online is among the most efficient in the world.

But I also know something that capital (writ large) doesn't: I know just how good I am. On top of that, the game has changed such that I can produce a radically more compelling product on my nimble lonesome than under the aegis of any institution.

You can't sail forward on the momentum of a self-fulfilling prophecy unless you dare to scry the dark glass. I gazed into the crystal ball and that motherfucker mirrored my spirit back to me.

Of course, it helps to have runway:

If you enjoyed this post, consider subscribing and/or membership!

The header photo depicts a set of fittings for a daishō (pair of swords) by Masayoshi, circa the early 1800s. 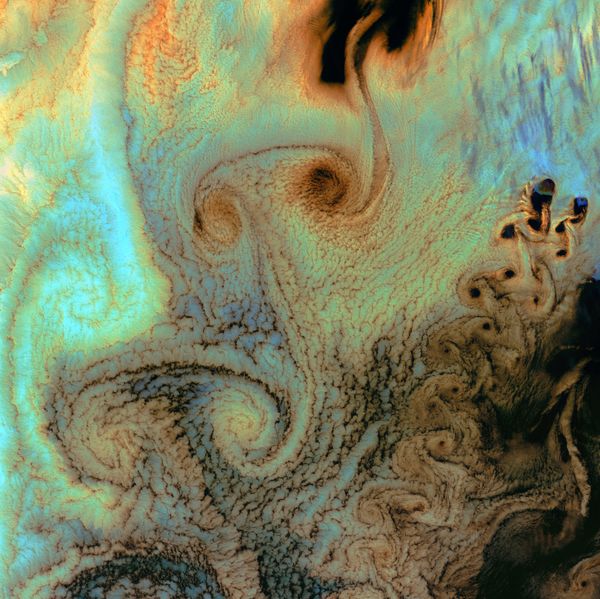 An overview of complexity research enclave the Santa Fe Institute, frequented by luminaries ranging from Murray Gell-Mann to Cormac McCarthy.