Hello friends! The watercolor collage is from a de-stress session this weekend. I'm feeling especially summery as it heats up here in the Bay Area 🌞

Previous email: "The Katechon," contributed by Stahlblau. It was a fitting finish to June's "on the brink" theme:

The katechon kept the world permanently at the edge of the abyss represented by the Antichrist's rule; at the same time, it prevented the Second Coming. It was, thus, neither Christian nor Antichristian, an ambiguous figure one step away from the Apocalypse. In accelerationist jargon, it would correspond to the last decelerative force standing in the way of Collapse and the Singularity.

My June zine Before the Garden is also part of "on the brink" (albeit with wildly different vibes). But I always try to wait until after the physical version has reached members before posting the digital version. It wouldn't be right to spoil the surprise!

Before the Garden's protagonist is... 🎺🥁🎉... Plumule! This petite pixie welcomes new entrants to the Wanderverse clearing — the trailhead of the storyscape, so to speak.

Go read about her please! 😸

In a completely different vein, here's how I keep track of what I need to get done:

"I've learned that I won't stick with any system that isn't exactly this basic and flexible." Tl;dr tasks are sorted into Now, Soon, Later, or Done.

And now my favorite part of these newsletters, the exciting things that other people are up to 👀

My friend Mwiya Musokotwane, in addition to building a brand-new city (!!! still blows my mind) in Zambia, is collaborating with fellow creators across the continent to usher in an African Renaissance for the internet age. Key excerpts from the project's Black Paper:

Recognising that culture lies at the heart of renaissance, we propose the development of an institution that is an accelerator for culture, a studio and a publisher committed to providing backing to creatives across the various mediums of expression. Galvanising on the moment, the institution will finance new fashion houses, visual artists, movie producers, writers, musicians, news producers, etc — in short anything involved in the global proliferation of African culture. We envision a collective that enables anyone enthusiastic about African culture to invest in emergent creatives. This collective will work with existing organizations to broaden the distribution of the creatives it backs, whilst also helping them build new supply chains and ecosystems. We believe equity enables equality, and by enabling Africa to own its culture and export it — the gains to equity accrue to Africans. [...]

We propose the establishment of Taji — an open-source blockchain project to support the development of a common market for creative expression, and talent. Taji will enable creators to issue tokens to pursue their creative endeavours, or skills development. Creators will be able to launch personal coins, or tokens for their ventures to finance new creative projects. Taji will enable the community to earn equity in the output of the renaissance. Enabling anyone to participate in the development of new equity — and creating the resources to enable African culture to scale globally. It will enable students to issue tokens to finance their education, or businesses to issue tokens to finance their working capital needs; or alternatively for new cities committed to the development of creative industry to be developed — collectively owned by the community and financed by anyone who wishes to do so. Taji will enable people to find work, build new organizations or create and distribute new works of culture.

The Taji network will encompass everything from new private cities, to third party investment funds to back entrepreneurs working in creative industries, academies to train creatives and developers, and markets to enable individuals to finance new ventures, and also sponsor the training of new creatives. Taji will be an open-source project committed to building an equitable future. Taji is an opportunity to create a blank-slate that can be used to build common economic infrastructure for Africa, new cities, markets and the financing the export of African culture.

Georges Bataille (1897–1962) was one of the most extraordinary thinkers of the twentieth century. The purpose of this course is to explain and develop most of Bataille's main themes: Sun, Economy, Excrement, Politics, Death, Sacrifice, Acéphale (headlessness), Sovereignty, and Revolution.

Timothy Wilcox of PreCursor Poets, one of my favorite recent discoveries, is offering "a free e-mail-based mini-course" called Literature and Hyperconnectivity, which you can and should sign up for here.

Eight Internet friends have an "IRL" meeting in a mountain cabin. But instead of the long weekend get-together they planned, they're suddenly caught up in the end of the world as they knew it!

They just met for the first time in real life last night, and today's group wake-up call is strange messages floating in the air telling them that something called a "System Start" has just happened. Now magic works, and technology doesn't. Cell phones won't work, cars won't start, and it's ten miles to the nearest town. Some of them have families to worry about. Some of them don't even believe this is real. And all of them have secrets they'll have to overcome if they're going to work together and make it back to town alive.

On the way, they'll meet other survivors, also confused, scared, and questioning what's happening. Ten miles doesn't seem that far, but by the end of it, they'll have faced some of the worst that the System can throw at them.

And then things really get interesting.

And Shreeda explained "Internet Writer Workflows" based on survey responses from some of the best bloggers out there... as well as me 😉

I began to wonder if there were cohesive secrets behind the success of my favorite writers. How did they navigate these struggles; did they read the comment sections under their posts? What did they do in the time between posts, when they had no ideas? And how did they so reliably some of the most interesting web content? [...]

The things that were uniform among writers were smaller and subtler things. Almost all my writers described the feeling of having an idea for a post in the same way: an "A-ha!" moment ripe with excitement.

Lastly, shoutout to my friend Liminal Warmth's Patreon, which has all sorts of interesting material. I'll quote the first two sections of the index to give you a sense of what she covers:

As usual, feel free to reply to hello@sonya.email (or use the submissions page). Until next time 👋 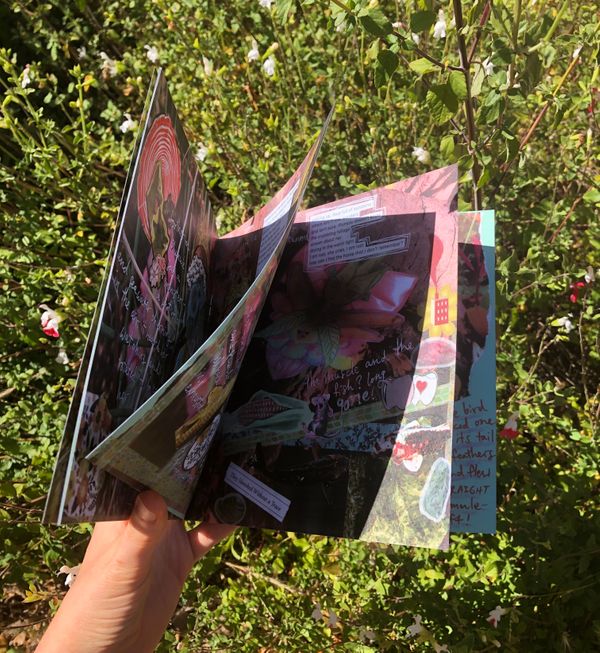 Surpri-zine 😜You may recall that Sonya Supposedly members receive zines. But the subscription setup is not everyone's jam. How 'bout a bundle of 3-4 zines with half of all proceeds 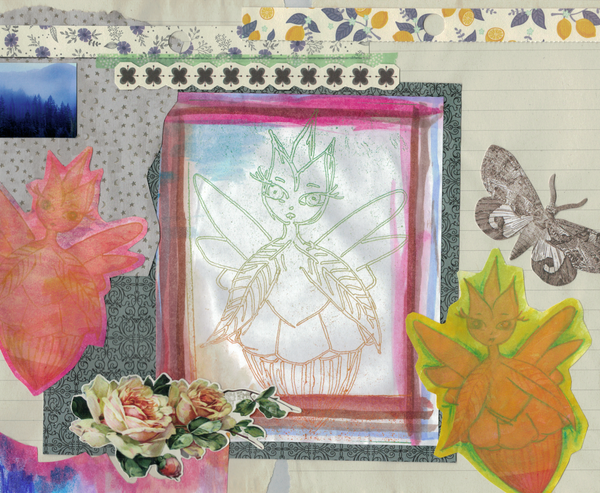 This post, including all of the images, is a CC0-licensed contribution to Wanderverse. Meet Plumule, a seed fairy who hasn't the slightest idea where she came from. She remembers spinning