No, the resemblance ain't a coincidence; true coincidences are exceedingly rare, you know. Honorable mentions for "venal," "vestigial," and "vessel."

For the past ~six months I've been preoccupied with the theme "forest as initiation site, natural setting for the beginning stages of the hero's journey."

You're in the thick of it, in the thicket. No bird's-eye view, no mountain-top vistas. Only the trees, and your back pressed against one. Surrounded. Submerged. Surrounded.

My particular fixation has been plunging into the woods — braving the thorns despite the fate of unsuccessful suitors. (Thus echoing "Impossibility Space." Also my 2021 word is "branches" 🌳) Here's the first stanza of a poem:

Forest as site of first blood
where you stumble and are seized
Forest as obscured vision, the way
branches layer to block out anything
but immediate surroundings
Anything but
the immediate moment

Another such ode, in full:

the deer dodges the hunter
who harvests to kill his hunger
for meat, for mastery, glory
the accolades due to a man victorious

he snatches the feast as it leaps
blood for the babies, nourished complete
the wind feels like an encroaching stranger
as it sneaks up behind your shoulder

bones blood breath and brain
the red-tailed hawk, she swoops again
for the rush of her form
for the crunch in her talons

woodsy gossip
of the brutal things
that pass here

Each of those poems was written for the artsy "happy mail" that I send to members every month, of late an apt venue for workshopping Wanderverse. Today I want to share an incomplete sample — since unique handmade artwork is typically included — spanning last winter till this spring. PDF links, none so huge that I personally wouldn't click while on mobile:

I would love to hear your thoughts on this theme of the forest as initiation site. Actually, tell me about initiation sites more broadly — is there a different one that especially resonates with you? Or is the rite what matters, and specific site is secondary or even negligible in importance? (I don't think so — form and function, or style and substance, are mutually inextricable.) Reply to this email, or tweet and send me a link, or better yet blog and send me a link. Blog and I'll be thrilled 🤗

Next, crème de la crème de la ecosystem! At least to the extent that I've been able to keep track 😉 I habitually save the links that catch my eye, but don't hesitate to suggest any I may have missed.

(Btw, the reading list is last again due to its comparatively excessive length.)

Geoff Shullenberger will teach a couple of classes soon, the first of which starts on Wednesday, two days from now:

If you're looking for a multipurpose learning community, I can attest to the playfully enriching atmosphere of Indie Thinkers. Also, I never miss a chance to plug Anna Gát's Interintellect!

To soothe your harried heart, Pamela Hobart offers Antiplanning: Last-Ditch Time Management for the Scattered. She has three little kids and runs a small business, so like, #goals.

One single podcast this time — Matt Parlmer and John Dulin "cover[ing] a ton of ground over more than three hours, from Jimmy Torre's Clausewitz-tier ideas about the 'noise floor' to modes of conflict other than full scale war."

Since you stuck with me this far, maybe you'd enjoy the monthly member mailings for that I mentioned earlier? A few reader reactions: 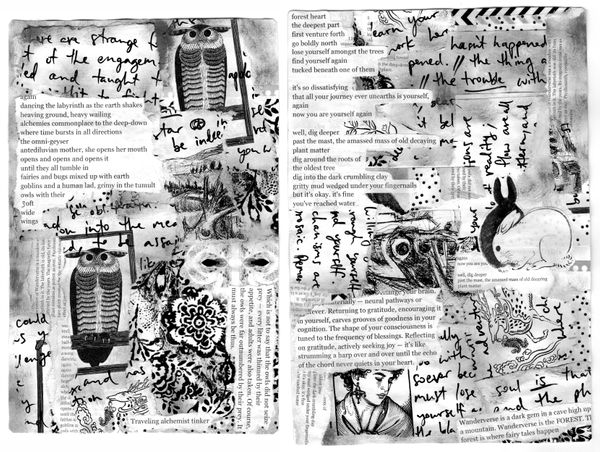 You're about to enjoy the third installment of a CC0-licensed Wanderverse story written by Sam Wilson. But first! Read the previous chapters... A gnome, her assistant, and the Nanomancer's apprenticeDiversions