The following story is a CC0-licensed contribution to Wanderverse, including the art and excerpts from other posts. I'm authorized to say so because I created everything, aside from two public domain images at the end.

My heartfelt thanks to Sonya Supposedly members, whose financial support makes this project semi-practical. (If it were wholly practical, I'd need to be paid a lot more 😜)

Elkatron laments her five lost sons, and psychosanth blooms sprout five petals. One for each of her boys. She is fated to wail thus indefinitely. But many decades before her heart was first cruelly riven, she lived in eternity. It was her choice to leave.

Elka was a sylphic naiad who dwelt among innumerable family members, a cornucopia of siblings and cousins, frolicking in the arboreal lushness of fairyland. Despite abundant playmates and the ambrosial surroundings, she was discontented. Itchy of spirit.

A single ever-stretching aeon for youthful frivolity was enough, Elka thought — perhaps it was too much. She was not like the other immortals; she found herself displeased with paradise. Elka was bored.

Creaky holy crones and the wizenedest of wizards would regale the fresher immortals with stories about adventuring with men, back in ye olden days. Just like Elm gasped and gaped at the reputed antics of goblins, Elka thrilled to hear the passion and risk revealed in these tales.

She developed a sharp longing to forget her diaphanous divinity, to escape this ethereal, nectarine realm and live as a human. Elka cherished her yearning and it bloomed like a water lily.

She knew, as they all did, that the king of fairyland governed the passage between worlds. It was his royal privilege to decide who ought cross either way — very few — or stay confined where they were. Most fell into the latter category (though only a handful ever considered the matter enough to realize it).

Elka approached the king's throne, a great black boulder jutting out through a tempestuous waterfall that terminated in the utter turmoil of white water crashing down and up all at once. As a naiad, Elka scarcely noticed the treacherous slipperiness of the wet rocks along which she flowed — her form was suited to these contours, and the way eased itself for her.

Elka asked, could she visit the humans, please?

The sovereign inclined his great whirling head as though in trepidation. Gently he breathed a warning against this idea. No, no, child. No.

Elka was stubborn, however. She cajoled. She wheedled. She begged. Not merely once; Elka returned repeatedly to entreat this favor from the king of fairyland.

For a long time, his judgment held resolute, harsh as the promontory where he seated his reign.

For a long time.

Ultimately, the fairy sovereign sighed, shimmered, and said yes. Red stars flew from his mouth, a torrent of them, and rushed to engulf her. Elka half-understood the droning incantation as her father decreed that she would appear to age naturally. Around her divine core, he crafted a simulacrum of normal humanity. Streaming cloud-hands slipped her into a forest in Wanderverse. Sighing, he withdrew back into the seat of himself.

Now Elka was unable to recollect any of the past concealed within her. She promptly wandered into a nice little village. The people there didn't worry overmuch about the source of this lovely, lively young woman. The priest blessed her solemnly and she stayed with the small colony of nuns nearby until an appropriate courtship could be arranged and initiated. Elka proved cheerful, sweet of disposition and diligent to the tasks she'd been set. Before long she was married to a clever, hard-working farmer.

In the beginning Elka and her husband had little to their names but toil, but the following years were fortunate and the new family thrived. The farm expanded production, bringing on hired men occasionally, during the harvest when bounty overflowing needed to be put up before winter arrived.

Elka bore her husband five healthy boys, first twins and then triplets. Them her womb fell silent. But the household was already rowdy with joy. The young family felt blessed beyond measure, and indeed they were.

So you must know what's coming next, right? Disaster struck.

War came to that land, and suddenly their hamlet was not so isolated; it was coveted territory in the middle of the world. This was a war over fertile lowlands and trade routes. The people who lived there were but pawns; the very resources that those who commanded armies sought like a prize purse.

Elka's husband was called away to fight, as were her two older boys, just sixteen; jaunty and jovial; gawky but strong. She reinforced their clothing with careful patches. Then she packed them off with nutty loaves of bread and an excessive quantity of good hard cheese.

That was all, it turned out. They were gone entirely. The war waned, eventually, but these three brave soldiers — one wary father, two eager young men — disappeared into battles unknown, noticed by no one able to carry back their names.

As the conflict petered out, nearing a ragged conclusion, Elka began learning how to mourn. She learned it looking into the bottom of the village well, down where the hidden water was cool and dark, swallowing her gaze. She dipped up her bitter dreams.

Then sickness afflicted the village, as often happens in times of strife. The triplets fell ill and one by one weakened, fading into fever, then died. Each was tenderly nursed on his deathbed by a heartbroken mother.

Elka's godhead is reawakened too late and she feels terrible survivor's guilt, a need that can never be slaked...

Aster the tiger-tamer works in the tawdry brocade big-top situated on a triangular dirt courtyard wedged between two pubs and a tailor's workshop (the latter always barred at night). This neighborhood is perpetually crumbling, grimy — but nonetheless it bustles at all hours.

She's called Aster Disaster on the posters, which aren't as ragged as the dusty tent. Aster acts as her own sideshow, shimmying in fishnets, fur trim, and fringe. The real draw is her pair of immense, uneasy panthers. Male and female, all russet and midnight, silk and muscle — truly, neither animal as gaunt as it could be. And by torchlight, glorious.

She guides the cats through their routine of tricks, assisted by a burly "clown." Aster herself does have a certain touch. A way of beguiling the beasts. It is distinct from her fellow handler's gruff camaraderie with their feline charges.

Aster had been treated most cruelly, and she knew it. Not by the fierce playful beasts, her performing companions, but by the bitter world. She had her fill of the disappointments it inflicts on anyone, but especially a girl born destitute with a queer sly beauty only visible sideways or in her radiant eyes, set slightly askew, met forthright and full in a direct gaze. Too few were so brave.

Maybe you or I would have stayed to stomach it. Who can be sure, truly? A thousand and one paths could have been trod, if mice and men were candy and nuts, as the old proverb goes.

You can bear whatever you wish — but only what you wish. Thus each of us still risks destruction by myriad torments that we could never choose to embrace.

Well, neither is it here nor is it there.

Aster decided against subjecting her guts to such a twisting. Aster decided to leave. She was only able to because of the cats. Calmly they padded on either side of her, quiet and menacing like a wraith. Later, witnesses would say demonfire glowed in their eyes and shimmered over their pelts. When it happened, no one saw.

The morning Aster leaves, she wakes with the copper pepper tang of finality in her mouth. It's like blood. It's like sea water.

the hungry queen beckoned Aster
toward refuge in the woods
singing along the streams
calling even in the warbling of birds
Elkatron's tears flow everywhere,
finding swiftly any maiden
who weeps for a heart bereft

then and now
ought not forget each other

Having penned no note, carrying no valise, and without a transportation permit, Aster departed. She wore her stage costume for the occasion. The glass beads stitched along her bodice and skirt hem glinted lavender, then aqua grey, muted marigold; facets caught by the dim blushlight of early dawn.

Aster's two immense cats flanked her. As they paced forward the muscles of their shoulders and hindquarters surged slowly like the tide. Thralled to her as the beasts were, it seemed trivial for Aster to straddle one or the other, riding with her hands thrust into russet fur, body enveloped by carnivore redolence. However, she did not.

Elka left, so Aster left. Each found herself elsewhere for the first time in a very long while. This time, the time of leaving, was one the two women could share, traveling hand in hand. Each had become so thoroughly accustomed to particular environs, familiar to the point of revulsion. Now each was eager to duck the lintel and flee.

Not that it was easy. Even with Elkatron's ichor gilding her throat, slick black honey, Aster found she could not speak to the city guards. Her travel pass was demanded in a rasping, cracking voice, the head soldier visibly wary of Aster's feral escort. But determined in his grimace, hand outstretched and beckoning. The other men hung back. They stared through the panthers' deep savage eyes and knew the velvet strength there. Fear of it became an undeniable pang, sharp and low in the gut.

Aster did not have to comply, did not consider it. She simply kept moving. And the brave stern sergeant stepped toward her, gulping under his stubble, crossing into the path of the tiger on her left, the male.

For a while, as she and her flanking cats fled — a strange, stately escape with pace unhurried, gaits elegant, the trio uncannily unpursued — Aster's mind matched the quiet steadiness of her footfalls.

Satin dancing slippers seemed vulgar in the open daylight. They grew bedraggled with mud as she proceeded down the road. Spangles covered by grey grime.

But it was only after a time that Aster grew to notice her shoes tattering as she walked. She paused to step out of the slippers, then continued forward on bare feet.

Traffic was moderate at this hour, mostly farmers and craftsmen bearing goods from the surrounding villages. Each yeoman, encountering Aster and her companions, goggled in shock. Before guiltily yanking his gaze back, slapping the cart horse till it veered to the side. If the poor beast had not already lurched away from the panthers.

Aster had never killed a man before. Did she make herself murderess? No order had been issued to slay the guard who obstructed her path. Did he not volunteer by way of his foolhardy resolve?

No, he did not. No more than Aster had volunteered. But she had, of course, desperate for the call, ardently yielding her will. An allegiance is an intimate thing, and she was so lonesome.

And the city soldier, who made a sacrifice of him? 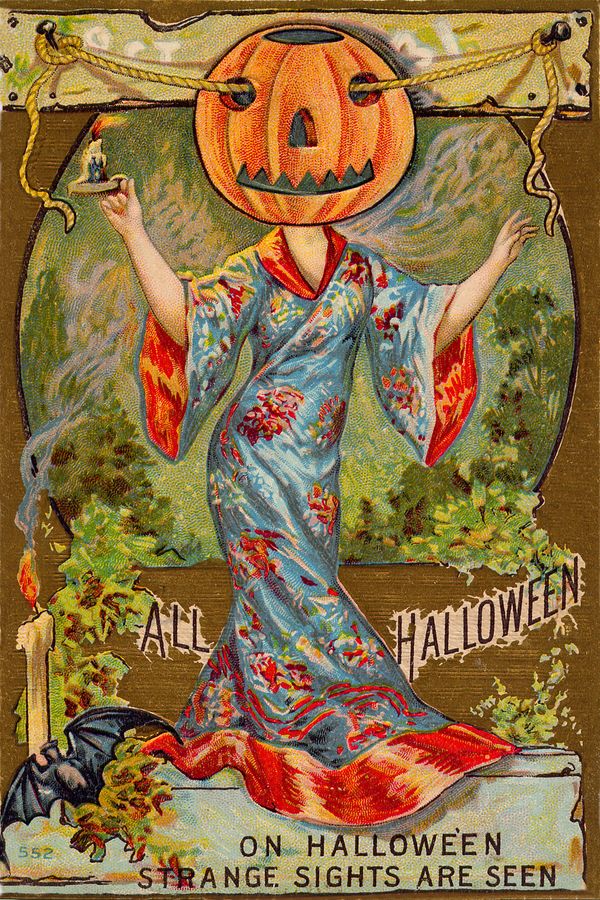 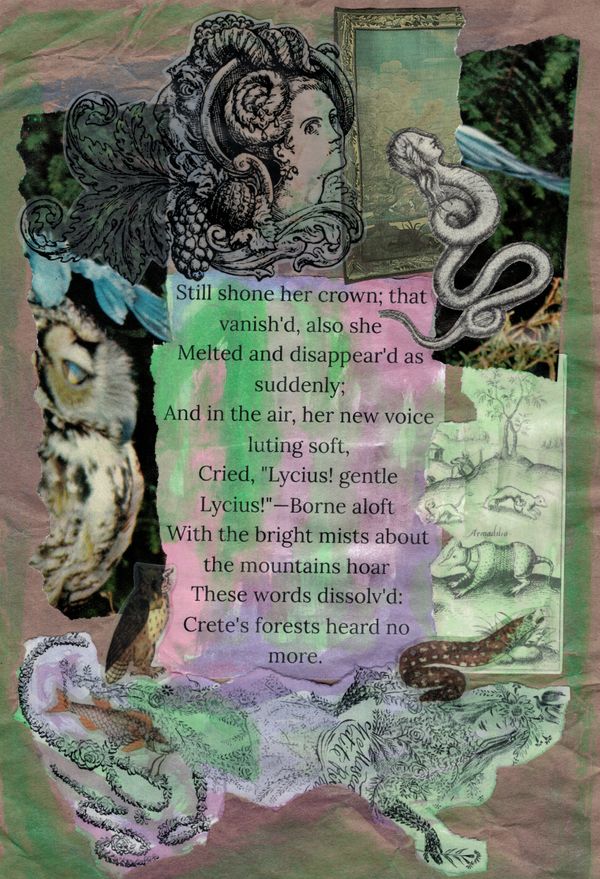