On the existential politics of sorting through salience signals under uncertainty.

I ran into God at the liquor store
She asked me what I'm always running for
I gotta get out, I gotta get with it
I got too much doubt and I don't know my limits

I used to love the phrase "the truth is somewhere in the middle." The idea is that everyone is working from the same reality, trying to understand and manipulate it. Our paradigms are picture frames — often with a lens inserted — around a chunk of the elephant. There the elephant sits, in the middle, closely surveilled by all of us.

If you want to see as much of the elephant as possible, attempting to reverse-engineer what it actually looks like, it makes sense to peer through as many of these ornate filters as you can. Far more efficient than building a million of them yourself, no? So naturally I want to hear everyone out, to gather up every argument — even the heinous ones.

After more than a decade of habitual, voyeuristic internet-enabled "participant observation," I have learned that Mann is easily assumed to be a Jewish surname, and also that I'm definitely a kulak. I do, in fact, 100% believe that such extremists would kill me and my family if they could. Nobody is kidding about "liberals get the bullet too," although they may not realize it; you can tell because they style themselves after people who did just that. Emulation may be lossy, but that makes it more terrifying not less.

Did Weimar-era Nazis differ much from contemporary true believers? (Pick your flavor.) I think not. Will to power existed long before Nietzsche named it, and thus here we are. Nothing about human nature has fundamentally changed since Pol Pot ordered the slaughter of the scholars, and he was merely the latest strongman whose most despised enemy was the effete command of abstractions.

Call it Marxist myopia — attempting to implement the man's ideas will create persecution of exactly the sort of person who Marx was. A brilliant theorist, but history has proved him a chump like the rest of us. God turns our lives to His purposes and we struggle to catch up with His plan; so it goes.

Will to power is often couched in more polite terms, of course:

Ultimately, we dream of a world in which the massive wealth hoarding that underlies the [Poetry] Foundation's work would be replaced by the redistribution of every cent to those whose labor amassed those funds.

I dream of that world too, occasionally, but I ain't dumb enough to think it can be instantiated, regardless of whether it should. Why? Well, the vision is predicated on taking everything that my grandfathers worked to give me. And to that I say: Lol no, you got another think coming.

The endpoint of communism being dissolution of the family is true — family in practice means amassing resources and access to other advantages in order to share them with your kin specifically, because that is what gives your genome an edge. Our ancestors produced us by attending to this principle with great zeal, a long-term macro process that generated family-prioritizing minds.

Humanity is a K-selected species constrained by millennia of local Malthusian traps. Hence the fierce, spirit-deep understanding (and, to a limited degree, abhorrence) of zero-sum scarcity. Also hence the novelty drive:

The explore-exploit tradeoff is indeed a tradeoff; exploration entails risk [including but not limited to opportunity cost]. But if you never take risks, you will be creamed by those who 1) do and 2) are astute or lucky enough to win their bets.

Whether this family-as-private-property principle is "good" was decided by Gnon; humans don't get a say in who we are to that degree. Again: "I would argue that our brains block us from explicit evaluation of risk when doing so might otherwise provide a chance to talk ourselves out of an overall protective heuristic." Correspondingly, we respond to scarcity signals far, far more instinctively than intellectually. I'm sorry, but noticing ain't the naturalistic fallacy.

The question becomes how does the game-theory module determine this interest by evaluating observations and environmental and social cues? What it is really trying to probe for, as usual, are any deviations between the 'true' status and social ranking ("who would beat whom, or support whom, in a fight") and the currently formally accepted hierarchy.

"I'm a beta male now, everyone thinks that and treats me like that. But I've been getting stronger, and the old chief (or silverback) is getting older and weaker. Am I strong enough now, such that if I bait him and pick a fight, I’d come out on top and be the new alpha?"

The game-theory module is looking for situations just like this, and when it's time to pick a fight, it doesn't make you think "It's time to pick a fight to test the waters", it makes you feel "God dammit the way that silverback treats me – with a lack of respect – is infuriating!" and then you just impulsively lash out in sincere rage.

Anyway. Do I "deserve" the advantages and wealth passed down to me? It's an intriguing inquiry, but I'll let others dissect that frog. (They're so eager, after all!) I am typically bourgeois in that, categorically, "we get to take your stuff" is not a prospect that I'm willing to accept, let alone celebrate.

"Only the virtuous get to speak, and by the way we're in charge of determining who is virtuous." Communism is just that but for owning things! Well, also for speech, but notionally for owning things. (Totalitarianism makes more sense as implementation strategy than ideology — alas, it turns out that the means are all there is. Me sowing versus me reaping, etc.)

I remain unmoved by the bandit gambit of justifying theft as "expropriation." However, it does strengthen my conviction that the Second Amendment is vital to freedom, full stop. Ida B. Wells applied this logic to lynchings: "When the white man who is always the aggressor knows he runs as great a risk of biting the dust every time his Afro-American victim does, he will have greater respect for Afro-American life."

In other words, raise the costs. "Become ungovernable" is a pithier version of "become prohibitively expensive to subjugate." Mao may not have been right about much, but he nailed it at least once: "Political power grows out of the barrel of a gun." We differ, of course, in our preferred distribution of armaments. (I don't actually own any guns, because California makes it inconvenient. Look... I've never claimed not to be a hypocrite.)

It may seem outrageously gauche to compare my desire to preserve family wealth to Wells' desire to end the summary murder of black Americans. I must insist that the main difference is where we lie on the continuum of luck, historical and otherwise.

I'll even admit that gaucheness is part of the point — allow me to demonstrate how unafraid I am to don this mantle that I decidedly did not earn with my own sweat and blood. An ethos is non-rivalrous, so you go right ahead and molon labe, motherfucker. Information wants to be free; may the best meme win.

Despite all of the above, on most issues I end up agreeing with everyone about their grievances, if not how they want to address them. Would-be killers and pawns thereof suffer tremendously just like the rest of us. And there are always tradeoffs. The optimal solution to a given dilemma depends on your preferences, and Lord knows people have all kinds of those.

"Truth" isn't as simple as I used to think. It's not reliably located somewhere in the middle. I bet it's not even an elephant, if you can believe that!

"In real reality," Rogelio Dalton wrote, "there is no little tag in the universe that says that one system is correct or not, all of the facts surrounding it come down to molecules changing configurations in various ways."

Did you miss what I said earlier? The means are all there is.

Medicine, as a practice, only makes sense in the moment we consider disease as an evil to be avoided or rectified. For modern Biology, though, there is no such thing as a "disease": everything is just a deterministic process which follows a precise set of rules. When deadly plague bacteria destroy a patient's lungs, the only thing the biologist sees are microscopic organisms feeding on another being's cells. The patient is prey, an ephemeral entity whose physical body will eventually dissolve in the environment.

We are able to think of nature as a mossy serenity only because we have done the hard work of taming the earth. We owe our kindly view of nature to an accumulation of technology and the efforts of civilization. When humans step away, the raw vitality of nature is always ready to step in, producing unlimited vines and spores, rapturously claiming every inch of soil, devouring whatever resources it can find. It is not a harmony but an intense competition of carved out territories. Each morning the slowest gazelle must outrun the fastest lion or it will perish, and the slowest lion must overcome a gazelle or it will starve.

What pain provides is a constant, ongoing feedback which anchors all the estimates of future rewards based on planning or bootstrapping. It anchors our intelligence in a concrete estimation of bodily integrity: the intactness of skin, the health of skin cells, the lack of damage to muscles, joints sliding and moving as they ought to, and so on. If we are planning well and acting efficiently in the world, we will, in the long run, on average, experience higher levels of bodily integrity and physical health; if we are learning and choosing and planning poorly, then... we won't. The badness will gradually catch up with us and we may find ourselves blind scarred paraplegics missing fingers and soon to die.

Truth is that which remains regardless of whether anybody likes it or not. 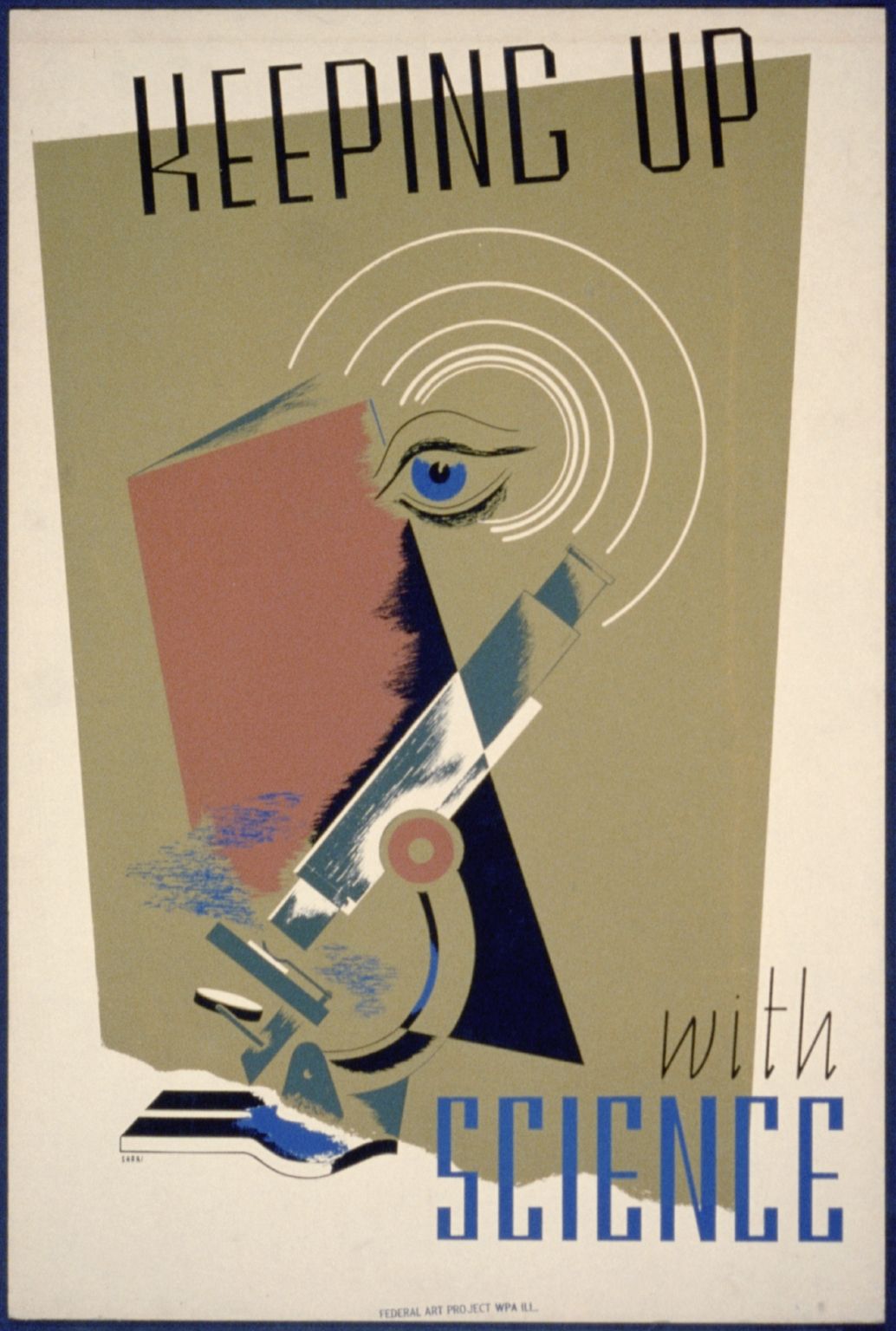