Hey, it's been a minute. Happy summer! My past month was hectic. I'm slightly behind on, uhhhh... everything. Slightly! Could be worse! I've been getting way up in my head about this newsletter, tripping over my own expectations. (What else is new?) I owe you an introduction to Hedgehog — follow us! — and a Wanderverse update. But those'll have to wait a little longer.

It's a bittersweet reason why I'm scrambling to keep the plates spinning. (To some extent I always am, but like, more than the default.) In late May / early June I traveled to spend time with two family members who are dying. One of those visits was unexpected. My first trip, the planned one, had to be truncated so I could bounce back across the country. A sudden crisis, yet not quite a surprise. And the immediate foreknowledge, while stressful to receive, came as a mercy. It enables us to cherish her especially before the release... before she disappears into realms reachable only by faith.

I don't believe that dead people are gone, but neither are they here as they used to be. There is no rationalizing the impending loss into something else, since the loss will indeed be devastating. She is too young, by most human measurements. Yet the-body-that-is-her proves inexorably committed to staying the course. Even as we yield her up to God — even as she has yielded herself, long ago and every day — no less do we mourn the separation inherent to her departure.

Christians believe there are multiple post-death outcomes on the way to the ultimate inversion of the age. But I don't think we're the same sort of self in any of them. The same self, yes, the same glimmering immortal pattern so ineradicably delightful to the Entirety. But not the same sort of self. This is, in fact, a central tenet of my religion: the soul can metamorphose.

My other family member's departure is dragging on, according to him! "I'm dying," he says, perplexed, a tinge exasperated. Then: "I'm dead." Well gosh Grandpa, which is it, currently dying or dead already? I put my hand in his and said yes, it's true, he is dying, on a prolonged schedule that nobody else understands either.

Even as the flesh fails from instant to instant, even as it performs the very labor of perishing, it nonetheless persists. God poses this final challenge to my grandfather, whose grip still resembles the irascible, insatiable, invincible core of himselfness that likewise remains distinct — and acerbic — as ever.

He's dying. He's dead. Close enough, I guess? Usually Grandpa is rebuffed on these points: "Boring!" his nurse or his wife will sing out. I only addressed the issue because I had yet to hear those lines ad nauseam.

God demands that Grandpa endure a lengthy return to infant dependency, all accoutrements of worldly pride stripped from his ken — all but the inalienable conviction that he has been diminished. Why? It is true. If it weren't true I wouldn't have named him, as I didn't name the other family member. His lamentation is poignant and somehow, miraculously, incisive.

Don't get me wrong, Grandpa strove to pile up his treasures in heaven. Real life ain't a hackneyed morality play anyway. This is the affliction of many old people now, propelled forward in an heartbreaking simulacrum of past vitality. In fact, the condition is suffered most easily by an adored, wealthy man like my grandfather. Though not by a man of his temperament. But I don't think there was ever a time when the privilege of old age was readily granted sans aches, sans pain. Sometimes savage pain... physical or not.

I can already feel your kind wishes through the screen, and they are appreciated. None of what's happening is about me in any substantial sense, and I'm sad but I'm okay. Even needing to catch up on work is fine — like I said, I feel that way by default, the dial is simply turned up this month. When the choice is letting things slip or nosediving into burnout, I let 'em slip! Mainly I'm grateful to be able to spend time with these people before they're beyond my earthly reach.

Mom taught me a Buddhist mantra that has stuck: Death is real. Comes without warning. This body will be a corpse.

Over the next several decades, New Science will create a network of new scientific institutes pursuing basic research while not being dependent on universities, the NIH, and the rest of traditional academia and, importantly, not being dominated culturally by academia.

Our goal is not to replace universities, but to develop complementary institutions and to provide the much needed "competitive pressure" on the existing ones and to prevent their further ossification. New Science will do to science what Silicon Valley did to entrepreneurship.

I still have a bunch of links on deck but that's probably enough for now, right? ttyl, you know where to find me. 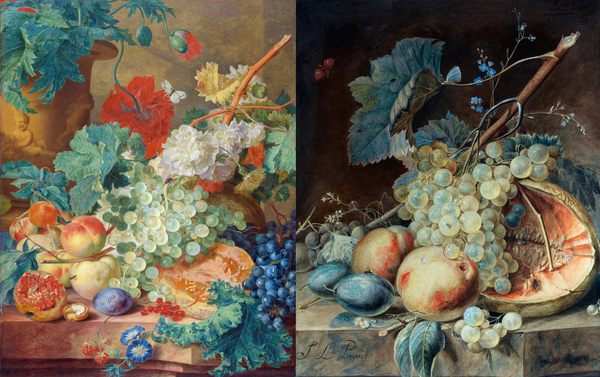 Even if I could have known in advance how much I'd change, we'd all end up in the same places, saying the same lines. 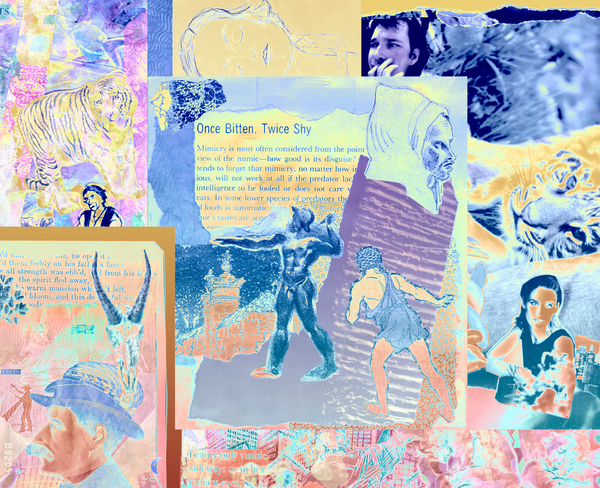 Aster acts as her own sideshow, shimmying in fishnets, fur trim, and fringe. The real draw is her pair of immense, uneasy panthers.