Edit on 2020-12-02: This whole rigmarole rigma-rolled forward. Phew, did it ever. Currently it appears that Pasquale D'Silva was indeed involved, though not the main culprit of @VCBrags. Harassment allegations against D'Silva (which I was informed of privately when I first posted this, but couldn't publish at the time) came to light. Anyway, Jeremy Arnold painstakingly recapped further developments:

I'm sure Pasquale won't mind serving as a case study, given his glee at the association:

But I'm getting ahead of myself.

Recently there was a kerfuffle on Tech Twitter, and later Clubhouse, about the dunk account @VCBrags. This proxy battle over social status pitted "techlash" cheerleaders against those of us who understand that neither ROI nor innovation grows on trees. (If you think picking winners is easy, I invite you to find some LPs and prove it.) Ultimately @VCBrags decided to shut down:

Why? I'll give you a taste:

Some commentators derided the startup investment community as too thin-skinned to take a joke. First of all, how is "👏👏👏" your standard for jokes, yikes. Secondly, @VCBrags' gimmick would be considered textbook harassment if aimed at less fashionable targets.

That's the term for habitually taunting users who have blocked you, right? Are we changing the rules now and it's hunky-dory to repeatedly tweet imputed insults at women (and men) who clearly don't want to chat? Wait, I thought tech was supposed to be woke 🤔

I didn't establish these standards as mainstream, but I sure do notice when they're violated. And frankly @VCBrags' sense of humor was cruel. Here's the most recent tweet that I consider beyond-the-pale rude, honestly just plain mean:

That post isn't out of character, nor is it a new development. The point of @VCBrags has always been to shit on people for celebrating, or even simply expressing enthusiasm. I don't blame Hunter Walk for being unaware, since I doubt that he's read through the backlog, but @VCBrags never bothered to selectively skewer the inordinately pompous. Consider the three oldest tweets that I could unearth:

@VCBrags' consistent editorial thesis was that if you deploy capital and ever mention feeling good about something, you deserve to be mocked for it. Seriously:

As Susa Ventures partner Leo Polovets told Protocol in February, "I think it's good to celebrate wins — for investors and founders and everyone else — and calling out all celebrations instead of just cringey ones is depressing." He pointed out, "The events being celebrated are often the biggest wins in multiple people's careers, and it makes me sad that they're being called out and shamed for being happy and excited."

Polovets nailed it — impressive exits earned particular attention from @VCBrags. But I also found many examples of @VCBrags being a jerk for no apparent reason (although sheer ressentiment comes to mind). A few more:

The reason to write about this Twitter drama is pretty simple: Culture matters. As I've pointed out before, that's why everyone gets so worked up. It would be ludicrous to claim that conceptions of coolness don't have real-world effects; I can attest that my own street cred has been hugely advantageous, and I am by no means a big deal.

If we want to build the awesome future directly, we need to point out who is a pernicious influence, who focuses on tearing others down rather than building them up — especially if they amass clout by doing so, then use it to initiate a negativity flywheel. Personally I can excuse moderate and occasional bitchiness (including from myself), but not the devoted focus of @VCBrags.

And yes, there should be reputational consequences for this behavior. Nobody needs to be fired, I'm not advocating for that, but bad-faith critics of the tech industry and those who work in it should be identified and ignored. After all, we genuinely do want to grow and improve! Meekly accepting malice, versus insisting on constructive feedback, undermines that effort.

So let's talk about Pasquale, this story's enfant terrible. It may be a tad confusing if you didn't see the saga unfold on Twitter — I won't recap every detail, but you can get up to speed here:

That post is mostly accurate. Intriguingly, however, Forbes editor Abram Brown reported that Gumroad CEO Sahil Lavingia "still maintains he does know @VCBrags' true identity but declined to comment further and did not fully reveal his suspicions in his Twitter post." I gotta wonder how thoroughly Brown conducted his research:

Independent writer Jeremy Arnold dug into @VCBrags' post history and concluded that Pasquale D'Silva, CEO of animation studio Thinko, was the culprit. (Worth noting: "I wouldn't have casually confirmed the man's identity if he hadn't effectively outed himself first via a parade of hints/winks." I agree with this stance.)

Sahil also said on Clubhouse — I listened live — that Pasquale was the person he had in mind. Earlier in that same conversation, infamously trollish investor Jason Calacanis withdrew the water-muddying claim that he was the one behind the account. (Who doesn't love a blatantly fabricated red herring! Yeah, this whole thing was a mess.)

Pasquale confirmed to me that he collaborated with @VCBrags, although he denied being its proprietor, which @VCBrags backed up.

Pasquale also claimed to be unaware of @VCBrags' copious nastiness, apparently only conversant with "the hits":

You know what? I don't buy it. I don't buy this guy's story, I don't think he sounds very nice, and I think it's fair to view him with suspicion going forward. Take a look:

Pasquale told me, "they tweeted that shit because I did them a favor, it's not rocketsurgery," and sure, that's possible. There's no definitive evidence that Pasquale has lied, and I can't prove that he was more than an outside collaborator.

On the other hand... cui bono? Almost nobody benefited from this account, with a single exception that we know for sure: Pasquale D'Silva.

Cheers again to Jeremy Arnold for doing the legwork. 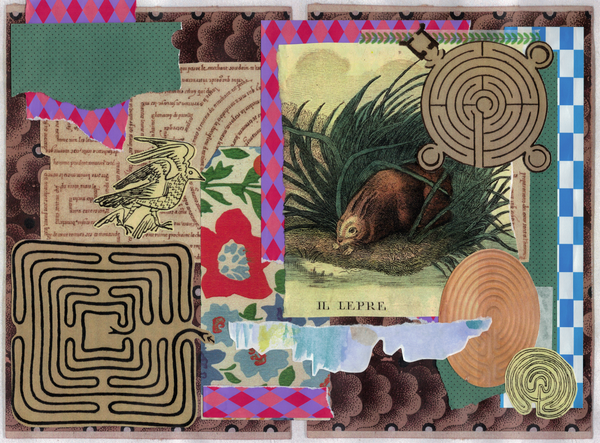 Previously Plumule found herself in a clearing marked by "the ridges and dips of a labyrinth that was dug into the meadow long ago." During a midnight trance, she watched 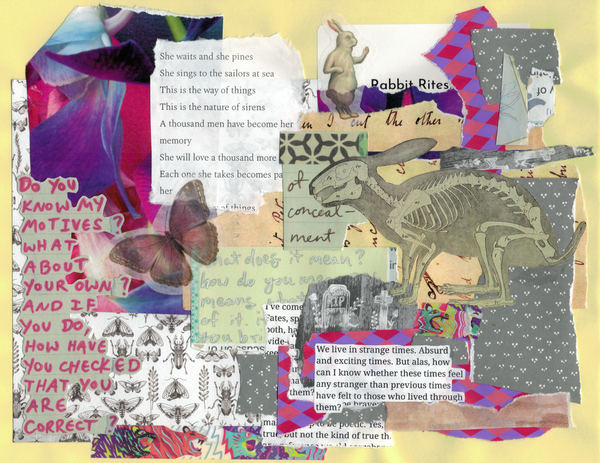 Hey there, I hope you're doing well despite 2020 continuing to 2020. Allow me to distract you, I guess? No new project installments yet, but I've got some interesting links